These worksheets are targeted at Level 1 – The questions and statements at this level require a child to understand or respond to information which is “here and now” and always in front of the child. Some early responses may consist of non-verbal gestures (pointing) or single words.  This program has been designed to help your child identify and match objects. This is a first step for classifying objects into groups or sets. The other objects present may be related to the word by function (a shoe, boot, and a sock are for wearing on your feet), association (a lion and a tiger are both wild animals) or the word may sound the same (mug-jug).

1.  Example of an activity

2. Example of an activity

“Ask your child to touch the object in the square box. Say:
“Touch this.”
or
“Put your finger on here.”
Now ask:
”What’s it called?”
or
“What’s the name of the thing you just touched?”

3. Example of an activity 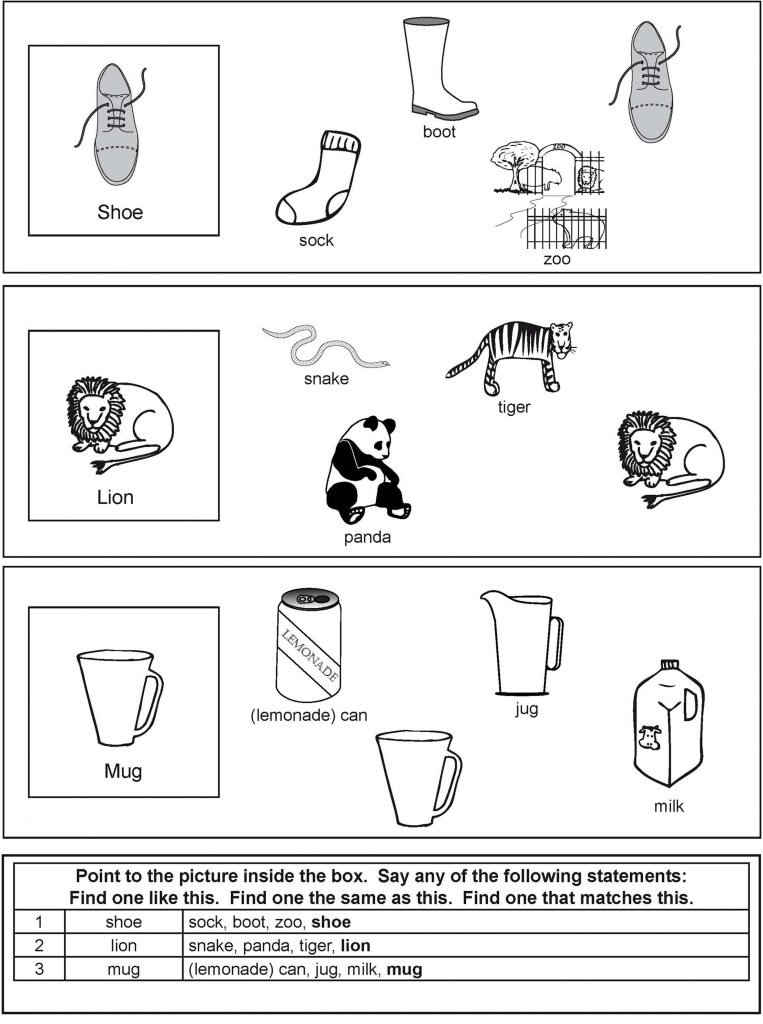 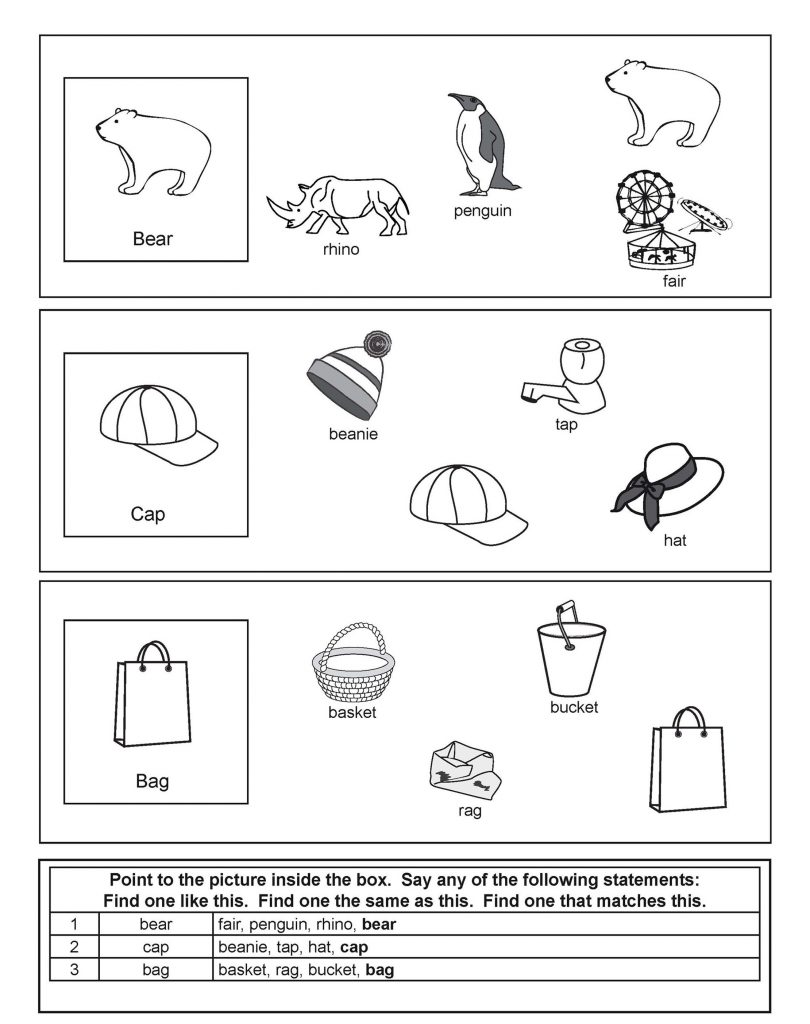