What Will Happen Next?

What Will Happen Next?

Reasoning, justifying and predicting
Level 4
“Would a bowling ball be a bowling ball if it were made of cotton wool?”
“How could the boy avoid falling off his skateboard?”
“Why shouldn’t the boy ride on top of the bus?”

Next, cover the large picture and uncover the two smaller pictures. Point to each small picture as you ask “What’s happening?” or “What happened …?”  Encourage your child to describe what is happening in each picture. Again you should describe the event/s in the picture for your child if he/she is unable to do so.

As a final task you may wish to cover all the pictures in the sequence and point to the left side of the page asking “Tell me the story. Tell me what happened.”   (You may need to prompt your child with “next …” and “then …”) 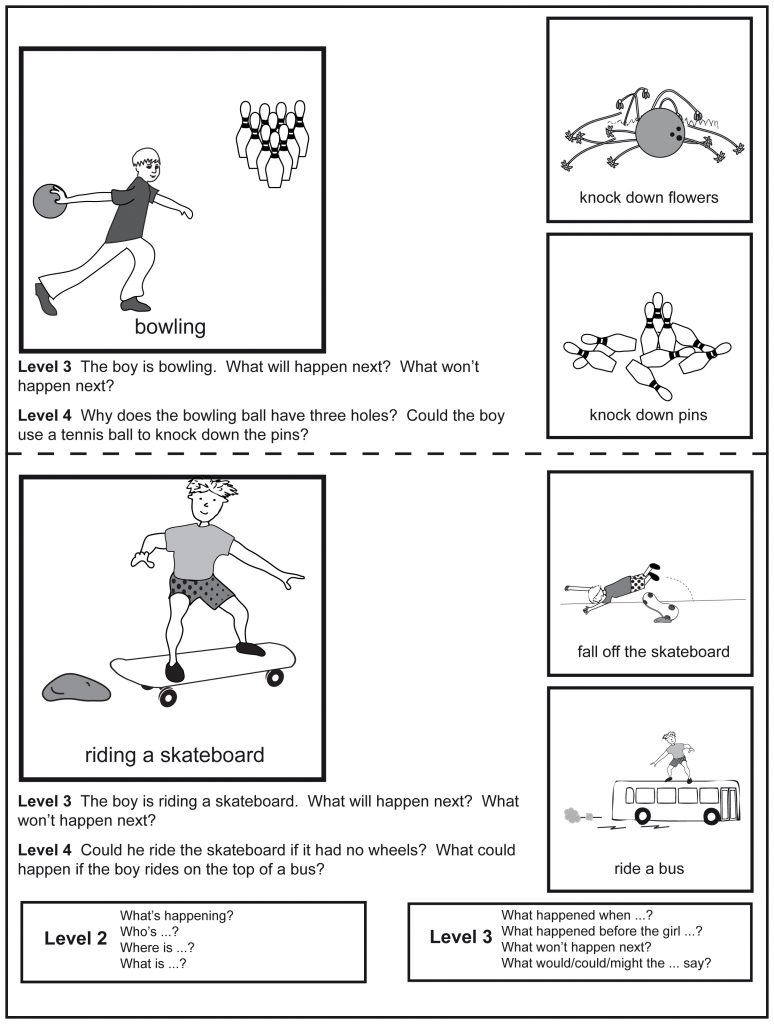 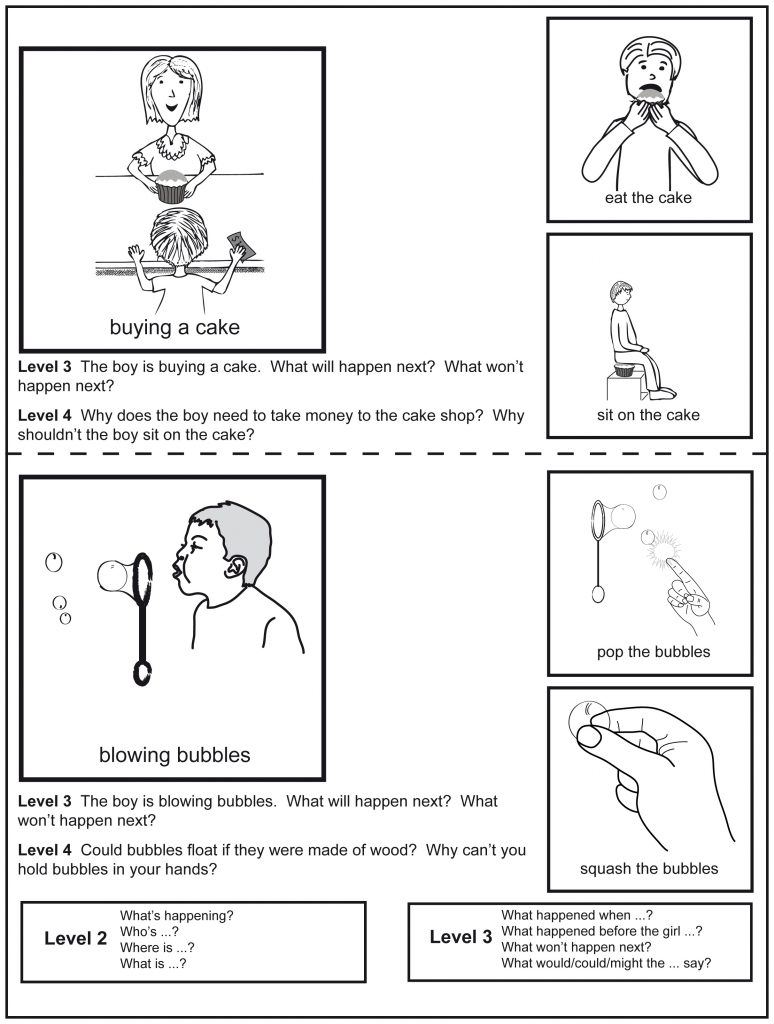